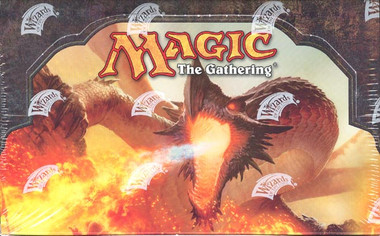 Core Sets are a collection of cards that are from throughout the history of Magic that are chosen and reprinted. These cards are cycled in and out of the course of Core Sets. Starting with Magic 2010, they have designed brand new cards to add into the Core Sets. With half new cards and half reprinted cards... the face of Magic is forever evolving making Magic 2011 the most exciting Core Set yet!

This Core Set contains 249 black-bordered cards along with premium foil versions of any card randomly inserted throughout the set. This core set contains several powerful cycles, the most popular of which including: the Mythic Titans, Leylines, and Planeswalkers.

The five original Planeswalkers from Lorwyn have been reprinted; Jace Beleren, Ajani Goldmane, Liliana Vess, Chandra Nalaar, and Garruk Wildspeaker. Along with the Planeswalkers they printed two cycles of common and uncommon 'Signature Spells' mimicking the Planeswalkers abilities.